Posted on October 13, 2011 by maureenmcollins 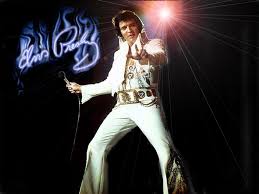 This guy knew what to do with a weekend.

Grooveshark link is here. Plus we have one YouTube song – Baba O’Riley.

First off for Day 10, we have a couple of covers of more recent songs.  Mr. Little Jeans, aka Monica Birkenes of Norway, covers “The Suburbs”, originally done by Arcade Fire. If you have a spare moment, I highly recommend that you check out the video that High5Collective made for this cover. It is amaze.  The Suburbs goes up against Beyonce’s version of “Sex on Fire”, recorded at the Glastonbury Festival earlier this year. 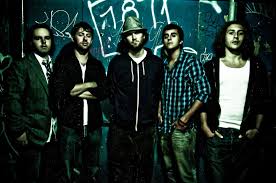 Is it only a teenage wasteland?

Next up on our playlist-o-fun, we have Midnight Spin’s take on “Baba O’Riley”.  Here’s the YouTube link for this one.  Midnight Spin’s song Trigger Finger Itch did pretty well in the People’s Choice Tournament – can they take that momentum to bring down Manfred Mann’s Earth Band covering “Blinded By the Light?”  Bruce Springsteen, the original artist on this one, joked about the commonly misheard lyric that it was not until Manfred Mann rewrote the song to be about a “feminine hygiene product” that it became popular.  Awesome.

Let’s take this party in a new direction:  Greenskeepers, a Chicago band, does a Huey Lewis and the News song and makes it their own, with “I Want a New Drug.”  They face an electronica-ish version of an ABBA song “Take a Chance on Me,” by Erasure.

For our last trick, we have two musical titans, covering two other musical titans.  CLASH OF THE TITANS!  Elvis Presley first performed “Sweet Caroline” in 1970, only a year after Neil Diamond’s original was released.  It was apparently so popular that he kept in in his set list for years. Elvis is up against “Graceland”, done by Willie Nelson. 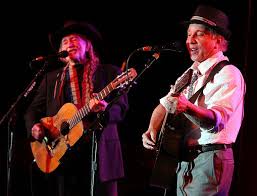 Here is the Grooveshark one more time, plus Baba O’Riley, and pasteables:

“The Suburbs” by Mr. Little Jeans vs. “Sex on Fire” by Beyonce

“Baba O’Riley” by Midnight Spin vs. “Blinded by the Light” by Manfred Mann’s Earth Band

“I Want a New Drug” by Greenskeepers vs. “Take a Chance on Me” by Erasure

“Sweet Caroline” by Elvis vs. “Graceland” by Willie Nelson

Have a happy weekend everyone!!

This entry was posted in Music, Music Tournament and tagged Covers Tournament, Living the Dream, Round of 128. Bookmark the permalink.