Round of 128: Division I Results 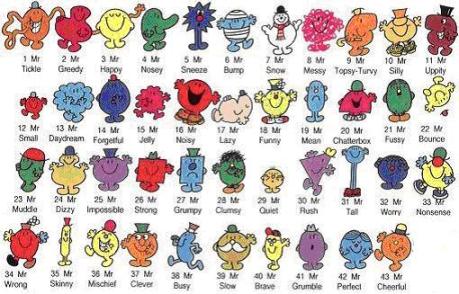 Since the reseeding, 1 and 2 seeds have held their ground with comfortable margins while the 3 and 4 seeds tend to cut it much closer- not exactly rocket science to figure out why, but did that continue in Division I? Did you hear Murdoch got hit with a pie? Fortunately his wife yelled banzai, her version of a battle cry, and smacked the culprit right in the eye! On to results…

To start, #2 seed “Ooh La La” by The Faces holds off some scattered Ozomatli love and defeats “Cut Chemical Suite,” 132.75-116. As you can see above, all of the faces are very excited about this outcome. Except Mr. Grumpy and Mr. Mean, but they’ve never been team players to begin with.

Rod and the Ronnies advance to face “Oh What A Night”- The Four Seasons continue roaring through despite the doubters of disco, and are doing a pretty good impression of the “I Will Survive” run from last tournament. OWAN eliminates Aretha Franklin’s “Til You Come Back To Me,” 134.2-125.5.

With two hours to go, Neko Case and OK Go were separated by less than a point. In the end, however, the late Roomba push makes the case. “White Knuckles” advances, 134.7-133.09.

I saved the best for last…not just the best…THE BEST THING. Ray slips ever so slightly from his 7.55 average in the first round but still pulls high score and dominates Randy Travis, 158.85-91. “You Are The Best Thing” also ties the record for most 10’s in a Round with 5…with itself from the 256. Anne S, Chris, and The Progenitor have given this one two perfects in a row, and this round they are joined by the etymologically Irish duo of Eileen and Maureen.

The day I was born, Michael Jackson's Thriller album was at the top of the Billboard 200. I've been trying my best to live up to that expectation ever since.
View all posts by g-mo →
This entry was posted in Music Tournament and tagged Living the Dream, Music Tournament, Peoples' Choice Tournament, Round of 256. Bookmark the permalink.

2 Responses to Round of 128: Division I Results

Leave a Reply to The Catholic Cancel reply