Alright- awards. I’m going to limit these to 256-centric stats, but at the end we can have some Tournament wide awards. Also, I think we are far enough in and also on democratically equal footing in the competition to include Janos and I in these. The fact that neither of us won a Marathon medal straight up is a good indication of that.

Marathon Vote: The more you vote, the more you own it. These medals go to the voters that are steering the tournament more than anyone else. 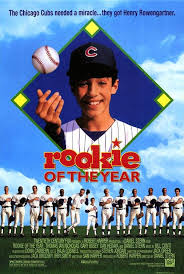 Rookies Of The Year: This is a sub-category of the Marathon award that goes to voters who dove into the tournament this round but didn’t vote so much last round (I defined that as their first vote ever was at least past the start of Division M in the Round of 512)

Lover Of All Things Musical Award: This award goes to those voters who on average gave songs the highest scores. To qualify, you had to vote at least two different days. You love music! Yeah!

Gold Medal: Anna Z (8.244 average score. And just like that, she was off to the Marshall Islands, never to be heard from again)

Player Hater’s Ball Finalist Award: To every sunny yang there is a shadowy yin. This award goes to the voters who gave songs the lowest scores on average. Same rule for qualification.

Game Changer Award: Are you smart enough to know that if you give one song a 9.9 and another song a 0.002 that you are probably trumping 6 other voters? Are you comfortable with that? I am definitely ok with this as long as you are following your heart and that’s really how you feel, but at the same time it goes without saying that such moves may be seen as…well, I guess the best phrase is “game-changing.” This award goes to the voters who on average had the greatest difference in scores between the two songs.

You’re Both Winners! Award: Same logic, but reversed. This award goes to the voters who kept the song scores closest to each other on average.

Most Likely To State His Opinion Through Use Of Pseudonym:  Jacob (giving Marconi/RIP Lou/blind boy grunt the first Triple Crown of LTDMT awards. Well-done.)

Most Responsible Voter: Mark O (who used the bracketology page to listen to match-ups ahead of time so he could submit votes that were happening while he was on a cruise one week.

Biggest Hater of Billy Corgan:  The Catholic (I mean, 9.9-1? Really? I know they can get whiny sometimes, but the Catholic and the rest of the Vatican had nothing but hatred for the Pumpkins. Oof.)

Most Likely To Include Some Completely Superfluous and Unrelated Story In His Voting Commentary: Guillermo (I’ll roast myself, it’s fine…I know I could do better at this.)

Most Likely To Have Much Better and More Amusing Commentary: I’m going to call this a three-way tie between sweetems, Aiko, and G. Biting comments, making us laugh. Good stuff.

Have You Seen Me? Last, I want to call out the following people for voting a lot a few months ago and then disappearing. Whether it’s law school, your band in Oakland, Capitol Hill, or this whole Japan thing, we miss you…come back soon Jim Rock, Lindsay, Carrie, Kate, Mark B.

The day I was born, Michael Jackson's Thriller album was at the top of the Billboard 200. I've been trying my best to live up to that expectation ever since.
View all posts by g-mo →
This entry was posted in Music Tournament and tagged Game Changer, Lover of All Things Musical, Marathon Voter, Player Hater's Ball Finalist, Rookie Of The Year, Round of 256, You Both Win!. Bookmark the permalink.