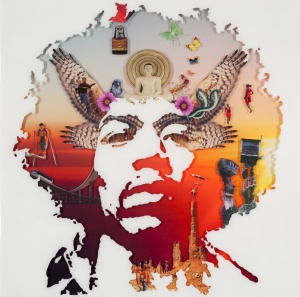 A couple serious contenders in the mix today.  You can listen to them at the bottom of this playlist and vote by commenting below by Wednesday at 11:59pm.

#1 All Along the Watchtower (Jimi Hendrix) vs. #16 It’s All Over Now Baby Blue (Van Morrison).  All Along the Watchtower was the posterchild for our rule a few years ago that no covers were allowed if they were better known than the original.  Dylan himself changed the way he played this song live after hearing Jimi’s version (which came out the same year, btw.) Let’s see if Van the Man can put up any resistance in HIS Bob Dylan cover.

#4 Somewhere Over the Rainbow (Israel K.) vs. #13 Cottonfields (Beach Boys).  Also making his tourney debut tonight is one of the darlings from last Covers tournament, Israel K. on his ukelele.

#2 House of the Rising Sun (Animals) vs. Pursuit of Happiness (Lissie).  The Animals, who are quite British, made this old New Orleans standard famous.  They are vulnerable for an upset against Lissie, one of the highest performing acts of the pre-lims.

#3 Valerie (Amy Winehouse) vs. #14 Stay Awhile (She and Him).  Valerie was another breakout star of the last covers tournament, making it all the way to the finals. Amy and Zooey couldn’t have more different personas, but they both sure can sing.

We have four more Round of 64 matchups after these, so we’ll finish those tomorrow.