Best Cover Song of All-Time: Round of 64 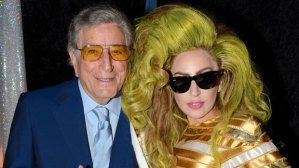 Welcome to the Round of 64!  I like pretty much every song left in the tournament, and I hope you do too.  Listen to Day 6 matchups at the bottom of this playlist (except for R. Kelly), and vote in the comment section below by 11:59pm on Wednesday.

#7 A Change Gonna Come (R. Kelly) vs. #10 Just My Imagination (Rolling Stones).  I have a 2000-word story about how this song was the climax of my Bonnaroo 2013 experience that I’ll post here sometime.  R. Kelly mesmerizes in this cover, a song that he obviously has an affinity for- it was the last song before his performance earlier in the evening.  Meanwhile, the Stones rock this Temptations cover on their last truly great album, Some Girls.

#8  Lady is a Tramp (Lady Gaga and Tony Bennett) vs. #9 I Know You Rider (Grateful Dead).  The Gaga/Tony collaborative album won stellar reviews when it was released last year, and this Frank Sinatra cover seemed like an appropriate representative.  The Dead had literally dozens of covers in their repertoire.  I asked LTD voter and Grateful Dead expert Adam Sofe for a nominee, and he offered this traditional folk song, which has been recorded since at least the 1930s, most famously by Joan Baez.

#7 Wake Up Little Susie (Simon & Garfunkel) vs. #10 Everlasting Love (U2).   Simon & Garfunkel made no secret of their reverence for the Everly Brothers.  This U2 b-side covers a dance number that’s had several turns as an R&B hit, like this one.

#6 Jolene (White Stripes) vs. #11 Gin and Juice (The Gourds).  The Stripes’ sizzle in this Dolly Parton cover, one of several Jolenes we could have chosen from.  This Gin and Juice, often incorrectly attributed to Phish on music download sites, was a staple on college playlists last decade.

#6 Don’t Cry for Me Argentina (Me First and the Gimme Gimmes) vs. #11 A Quick One While He’s Away (Green Day).   The Gimme Gimmes are an all-star punk cover band and an absolute joy, specializing in show tunes and early pop hits.  Some of their covers are more amusing than anything else, but DFMA is clearly a well-structured song, and I love the way this turns out.  Green Day may have been the first big pop-punk group, but they borrowed a lot of vibes from The Who, whose classic they cover here.

*Remember that there are four divisions of 16, hence the redundant seedings.

Janos Marton is a lawyer, advocate and writer.
View all posts by Janos Marton →
This entry was posted in Uncategorized and tagged Best Cover Song of All-Time, Music Tournament. Bookmark the permalink.

8 Responses to Best Cover Song of All-Time: Round of 64