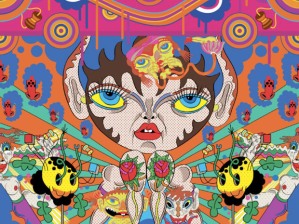 Welcome to the first round of Last Band Standing, an exciting music tournament that we’re trying for the first time, in which fans like you “coach” artists to victories in a series of Best of Seven series. For a more thorough explanation, check out Guillermo’s intro post.

Tonight we’ll post the first set of match-ups. For those who have participated in previous tournaments, the scoring system is identical- in the comment section, post your scores for each match-up on a ten-point scale (i.e., Song A – 8, Song B – 6). The song with the most total points wins the match-up. You can listen to all the tunes here, and vote until 9pm EST on Wednesday.

Heartbreaker (Led Zeppelin) vs. Rip Her to Shreds (Blondie)