Voters, welcome to the working week- unless of course you happen to be a public servant like myself or a very devout observer of Italian/conquest-themed holidays, in which case you’re knee deep in a three day weekend. 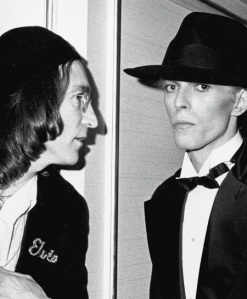 We both did entire covers albums, but got no love from the nominators. I guess having ten covers of my songs and two of yours is a small consolation.

Today’s matchups, while relating in no way, shape or form to Columbus Day, do feature interpretations of four great classic rock acts, all of which Columbus would have found most enjoyable had he been fortunate enough to participate in the Covers Tournament. Today’s covered artists include: The Beatles (for a change), The Band, Bob Dylan, and David Bowie. Some of these covers you’ve definitely heard before and some of them you may have even come to know before the original.

Link is here, votes are due by Tuesday evening at 10pm EST.

Our first match-up features covers of two late Beatles songs, with Amy Mann and Michael Penn singing The Two of Us (off of the soundtrack to I Am Sam, which starred Michael Penn’s younger brother Sean) and Matchbox 20 performing a live version of Don’t Let Me Down.

In our second match-up, two compositions by Band guitarist Robbie Robertson go head-to-head. In a Covers Tournament first, both covering artists in this contest performed at least once with the artist they are covering: after recording The Weight in 1968 for their first album on the Stax label, the Staple Singers performed the song with the Band in Martin Scorsese’s The Last Waltz; Robbie Robertson and the Band toured on at least two occasions with The Grateful Dead, who later incorporated Robertson’s solo composition Broken Arrow into their live repertoire. 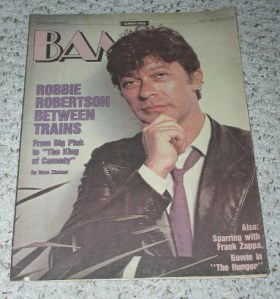 "Do I vote for my friends the Staple Singers or for my old pals The Grateful Dead?"

In match-up number three, two Dylan songs get very different treatments: Darrell Scott backs his bluegrass interpretation of I Don’t Believe You with a phalanx of fiddles while Guns N’ Roses front man Axl Rose yowls and sways through an effect laden version of Knockin’ on Heaven’s Door, replete with a crazy guy on the phone ranting over the piano solo (bloop bloop bleep “…you just better start sniffin’ your own rank subjugation Jack ‘caus it’s just you against your tattered libido, the bank and the mortician, forever man and it wouldn’t be luck if you could get out of life alive…”).

Finally, two David Bowie songs round out today’s set, with Nirvana‘s semi-accoustic cover of The Man Who Sold the World and Seu Jorge‘s Portuguese language version of Life on Mars.

Once again, your link:

The Weight (Staple Singers) vs Broken Arrow (The Grateful Dead)