Round of 32: Divisions A, B, C and D Championship Results 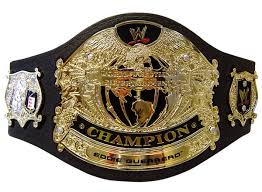 Our first Division Champions are unveiled

The Round of 32 has crowned it’s first 4 of 16 division champions.  There were no surprises in store for this set of matchups though.  Most of them were really no contest, but Division C was a real nail biter.  Voting fatigue seems to be setting in a little bit for each of the winners.  Average scores for “Higher and Higher” and “Home” dropped by 0.54 and 0.32, respectively, since the last round.

U2 was looking like they might find their way through this tournament, but Little Lion Man ate them alive.  Division A Champion #1 Little Lion Man (Mumford and Sons) defeats #2 Still Haven’t Found What I’m Looking For (U2) 231.6 to 204.15

Janos dropped a rare Danno Hammer (patent pending) like a fox, helping to secure what was already a sure win for Arcade Fire.  Division B Champion #3 Sprawl II (Arcade Fire) defeats #4 Portions For Foxes (Rilo Kiley) 194.6 to 173.7

Higher and Higher busts it's way into the Round of 16

A Boston-born nerd, currently enjoying his last summer of freedom in Chicago.
View all posts by Danno →
This entry was posted in Uncategorized. Bookmark the permalink.

3 Responses to Round of 32: Divisions A, B, C and D Championship Results