Round of 128: Division P Results

Well, gosh darn, a close race to the finish!  The one time I decide to get a head start on my results post, 3 matchups are within 5 points at 7 pm.

Unsurprisingly, despite a dose of haterism, the high-score-until-Adrock’s-last-minute-vote-and-now-2nd-highest-score and biggest lead goes to the #1 seeded Thom Yorke and band with “Fake Plastic Trees” defeating “Flash Light” 118.1 to 102.21.  I would have expected FPT to have Final 4 potential, but that 6.22 average is making me have my doubts.

Underdog “Apache” jumped just past “Make you Feel My Love” 115 to 106.1.  The Sugar Hill Gang’s victory was supported by three 10s from Chris Roomba, The Catholic, and Jacob, earning it another spot on the Wall of 10s. Tommy Seebach should get an honorary spot on the Wall (thank you, Roomba, for sharing that epic video.) It’s OK, Adele, you still have one song advancing. 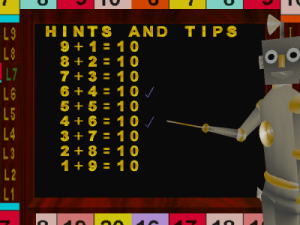 Otis Redding remains undefeated & grabbed the high score of this division, with his music accounting for 4.7% of the Round of 64, after “I’ve Been Loving You Too Long” took out “Crossroads” 119.2 to 113.1.

See ya next time, Parliament, Van, and Bone Thugs.

All right, kiddies, rest up this weekend!  The Round of 64 begins on Sunday!  And watch out for awards & other fun stuff in the meantime.

This entry was posted in Music Tournament. Bookmark the permalink.

2 Responses to Round of 128: Division P Results