Round of 128: Division K Results 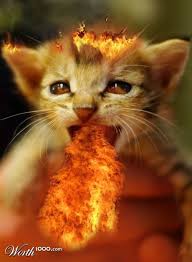 Finally!  The tournament gets juicy with some upsets.  Most of these match-ups weren’t very close in voting, but 2 of the underdogs kicked some ass and ran out of gum.

The Doors should have spent less time at the next whiskey bar and more time with the music.  The High Road (Broken Bells) defeats Alabama Song (Doors, The) 147.7 to 126.2.

Since it wasn’t a #1 seed, Landslide wasn’t even included in our ongoing poll, but they might be a serious contender in this tournament.  Fleetwood Mac’s average score on this one was 8.09, only 0.04 points behind Midnight Train to Georgia.  The kicker is that it had 6 10’s!! (NatalieG, Progenitor, Eileen, MarkB, Margot and Lindsay)  Landslide (Fleetwood Mac) defeats Crazy Game Of Poker (O.A.R.) 186.05 to 130.2.

In the closest matchup of the division, TLC was a little too creepy for our voters.  Pretty Melody (Butch Walker) defeats Creep (TLC) 136 to 125.95.

A Boston-born nerd, currently enjoying his last summer of freedom in Chicago.
View all posts by Danno →
This entry was posted in Music, Music Tournament. Bookmark the permalink.