It’s nice to be back at the helm for the first time this tournament.  Big thank you to Lindsay for posting on Friday- we’ll welcome such help throughout the tournament.

On to Division B.  This is simply a fun set of songs.  Listen to all the matchups on Grooveshark, and vote by commenting below or emailing LTDdotorg@gmail.com by 8pm on Tuesday.

#1 Funky (Toots and the Maytals) vs. #16 Angel (Sarah McLaughlin).  Let’s be real- McLaughlin won her play-in with one of the lowest scores ever recorded by a winner. Toots is a heavy favorite. 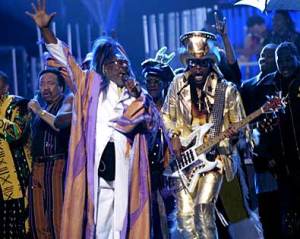 #4 Clint Eastwood (Gorillaz) vs. #13 This Modern Love (Bloc Party)  Two songs that almost made the last tournament.  Clint Eastwood comes courtesy of a voter from the Marshall Islands.

Janos Marton is a lawyer, advocate and writer.
View all posts by Janos Marton →
This entry was posted in Music Tournament and tagged Round of 256. Bookmark the permalink.