Sweet Sixteen Results: Left Side Of The Bracket 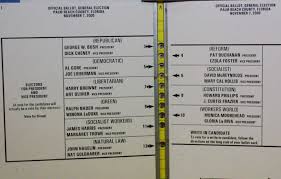 First and foremost, hats off to everyone! Voter turnout was nothing short of superb for this round, and we have plenty of tournament records to announce. First, a total of 29 voters submitted scores before the deadline, which is just amazing- the old record was 23. We’ve come a long way from Division B’s Round of 512, which literally averaged 7.6 voters and included scores like “Boys of Summer” over “Walk Like An Egyptian”, 56.5-51.5. The more voters, the more legit our results. Seven out of eight songs make the Wall of 10’s and two different regulars flex their 11’s. Lotta passion here, but now to the results…

Under Pressure will be moving on into the Elite Eight with a win over “Thunder Road,” 235.4-211.3. Which isn’t even our high score for the day (patience, voters.) In defeat, Bruce Springsteen pushes the record for “song with most 10’s that still got eliminated” up to five from the four 10’s that Arcade Fire’s “Intervention” and “Tunnels” had shared, with nods from AndyW, Rob from Africa, Janos, Mark O, and myself. Yes, Nos, perhaps somewhere in the night Robin Goodfellow snickers at our collective foolishness, but you gotta hand it to Queen and Bowie. With 10’s from Colin and Kampala-based voters Dre and Kate, the duet moves forward on an impressive 8.12 average and still looks very much like a contender.

In the battle of “move your hips” versus “move your heart,” our maudlin 90s survivor “Hallelujah” falls to Twist and Shout, 226-194.2. T & S goes to the Wall with nods from Jacob, AndyW, and Rob from Africa, while in defeat Hallelujah goes as well with nods from new voter Liz as well as Lindsay, who uses her 11 to signal what a big mistake she probably thinks this is. There’s some grumbling here and there, but it’s hard to deny the implicit fun of Twist. Look at those Beatles! They’re so silly! What are you doing in that cake, John! Ahhh. Yeah.

Adam pointed out “let’s get together, before we get much older,” and yes, it’s a line that sorta sticks in you a bit. Fortunately for The Who, they will be getting older for at least one more round. Where the younger bright-eyed and bushy-tailed Beatles surge forward, the older and more contemplative Abbey Road Beatles fall short. Baba O’Riley takes the third Elite Eight spot and defeats “Golden Slumbers Medley,” 232.95-191. Baba to the wall on an 11 from J. Dev Marton himself as well as 10’s from The Catholic and StephenK. In defeat, GSM to the Wall as well thanks to Benji, Cristina, Danno, and Marc (and although late in submitting his scores, also a nod from G.)

I didn’t forget to mention our high score, I just hadn’t gotten to it yet. Unbelievable momentum coming out of the innovative and creative Bohemian Rhapsody, which handily defeats “Piano Man” 249.4-206.3. Wall of 10’s nods from Adrock, Danno, Dr J, and Liz. In fact, “Piano Man” was the only song that didn’t get to the Wall, and even that got a 10 from one of two new voters sending in scores from Cleveland.

Between this and UP, Queen is looking hellbent on making it to this Final, and their odds are looking pretty good- 50% mathematically, all else equal. Which is ignoring the monstrous averages of this round. Which we shouldn’t- all I can say to The Beatles and The Who is that they better carb up and get some rest between now and Friday. Because they are about to face some juggernauts.

Bruce Springsteen, Jeff Buckley, and Billy Joel become artists 266, 267, and 268 to be eliminated. Just because he went down and I wish him the best, we’ll salute these fallen tournament heroes with an underappreciated ditty from the Born In The USA album.

The day I was born, Michael Jackson's Thriller album was at the top of the Billboard 200. I've been trying my best to live up to that expectation ever since.
View all posts by g-mo →
This entry was posted in Music Tournament and tagged billy joel, Bruce Springsteen, jeff buckley. Bookmark the permalink.

7 Responses to Sweet Sixteen Results: Left Side Of The Bracket