Music Tournament Round of 128: Division K 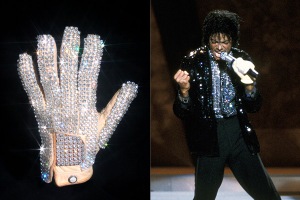 According to Guillermo’s number crunching, this is the least-liked Division of the tournament.  It certainly raises the most eyebrows. The Fugees? Manu Chao? Jefferson Starship? It’s hard to believe all these cats will be around for the Salty 64.

Listen at Grooveshark and vote by commenting below or emailing LTDdotorg@gmail.com by 8pm Sunday night.

#4 Billie Jean (Michael Jackson) vs. #5 Killing Me Softly (Fugees).  Kind of a downer matchup. Good thing Jefferson Starship is coming up.  Estimated value of that glove, for all you recession-busters, is $40,000-60,000.

Janos Marton is a lawyer, advocate and writer.
View all posts by Janos Marton →
This entry was posted in Music Tournament. Bookmark the permalink.

12 Responses to Music Tournament Round of 128: Division K

Leave a Reply to Mark B Cancel reply