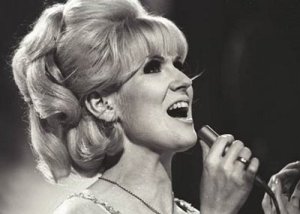 Start spreading the news- Dusty Springfield just became a contender.  The sleeper play-in round song cruised to the Round of 256, crushing Elvis 117-83.5 and posting one of the highest averages yet (8.32!).   The key to Preacherman’s success is that not a single person gave it lower than a 6, while a couple ravers bestowed 9s and 10s.  That formula never stops working.

This round featured two intense battles. The Boxer (Simon and Garfunkel) edged out Touch Me (Doors), 121-119.5.  My hat’s off to both.

In an equally close nailbiter,  Jump (Van Halen) and Another One Bites the Dust (Queen) found themselves tied at 107.5.   StephenK broke the tie, giving Queen a 117.5-115.5 victory. This was a fun one to watch unfold because the standard deviation (we’ll get Guillermo on this) for votes on this match-up were very low.  People respected that this was a toss-up.

North American Scum (LCD Soundsystem)  def. 100,000 Fireflies (Superchunk), 92-63. LCD’s dreadful winning score is a little misleading- plenty of people gave the song high marks, while some also gave it atrocious ones.  Hopefully it’ll grow on those peeps in time for the Round of 256.

Needless to say Superchunk, and by extension of their cover, Magnetic Fields, are out of the tournament.  Amy Winehouse is out.

Van Halen drops to 0-1, with Right Now still left.  Nirvana drops to 1-1, with three songs still left.   Even in devastating defeat, the Doors still have LA Woman lasting into the next round, going 1-2 in the Round of 512.

Janos Marton is a lawyer, advocate and writer.
View all posts by Janos Marton →
This entry was posted in Music Tournament and tagged Amy Winehouse, Magnetic Fields, Round of 512, Superchunk. Bookmark the permalink.