Living The Dream: Words To Live By 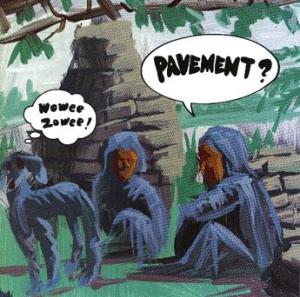 What about the voice of Geddy Lee
How did it get so high?
I wonder if he speaks like an ordinary guy?
(I know him and he does!)
And you’re my fact-checkin’ ’cause

Indeed.  I’m seeing Pavement tonight at the Williamsburg Waterfront Series.  Should be really dope.  My friend Andrew scored VIP tickets (free beers), which means for once I don’t have to worry about sneaking cheap whiskey past security.   For the uninitiated, Pavement was THE indie-rock band of the 1990s, with their catchy hooks and zany lyrics.  Revisiting their catalog to prep for the concert I was struck by how mainstream many of the songs sound now.  That could speak to Pavement’s tremendous influence, but it also could be a reminder of how much of music is about the presentation- the chasm between Pavement fans and mainstream rock fans was probably far greater than the chasm between Pavement and mainstream music itself.

Janos Marton is a lawyer, advocate and writer.
View all posts by Janos Marton →
This entry was posted in Music and tagged Pavement. Bookmark the permalink.