In contrast to the growing rock monster artists, black pop did not receive a lot of crossover into the FM radio world. Black pop has its own distinct history in the 70s, but shares some features with white rock. The “hippie aesthetic” idea continues here, and imitators develop out of pioneers- above all, Motown comes to embrace artistry, funk comes to life out of the evolution of 60s soul into psychedelic soul.

Sly & The Family Stone had a huge part of the rise of funk via psychedelic soul. Soul begins to emphasize the groove and uses every instrument as a percussion instrument, along with catch hooks and chord arrangements. Sly Stone manages to market across racial lines in the late 60s, and a number of funk artists adopt this style forward (e.g., Ohio Players, Kool & The Gang, Earth Wind & Fire, Tower of Power, War.)

In the 1970s Berry Gordy makes the decision to move Motown from Detroit to LA (where the action is.) In the late 60s the Temptations make a definitive shift from previous styles to more socially conscious lyrics (particularly after the assassination of Martin Luther King, Jr) focusing on the black community. Other key 70s Motown acts include Lionel Ritchie & The Commodores, The Jackson 5, Marvin Gaye, and Stevie Wonder. Important to note that Gaye and

Wonder pushed back on Gordy in terms of taking more control over their productions and music. Additionally, the same issues convinced the Jackson 5 to leave Motown in 76 for CBS, and eventually for Michael Jackson to begin working with Quincy Jones- this led to Off The Wall in 1979, arguably one of the most prolific disco records ever recorded. 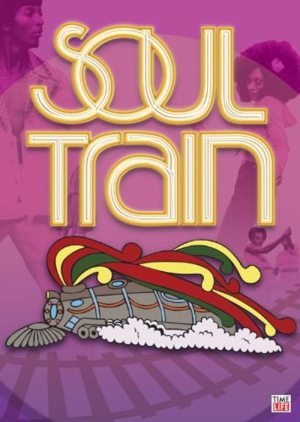 The Blue Notes feat. Teddy Pendergrass, Billy Paul, Lou Rawls, O’Jays, The Spinners, and The Stylistics. The backing band for the O’Jays was MSFB who composed the theme for the show Soul Train (the theme song was called “TSOP” and stood for “The Sound of Philadelphia.”) At the time Soul Train ended its run in 2006, it held the record for longest running show in syndication in U.S. television history.

(Note: This next paragraph is about Parliament-Funkadelic, which has always confused me. I will try my best to explain here.) The funk pioneering of James Brown directly influences George Clinton’s development. Known for matching JB’s style with Berry Gordy’s business approach, Clinton led two different groups in the 1970s- Parliament and Funkadelic. Clinton originally performed with The Parliaments, but due to a contract dispute w/ their original label Revilot Records, lost the rights to the name Parliaments. His response was to take the ensemble to the Westbound label and have them tour under the name Funkadelic, giving the 5 backing band members track credits and the 5 original Parliaments uncredited participation. The contract dispute was settled, but Clinton ended up using the split to espouse two distinct styles of funk- Parliament as a more horn/R&B style of funk, w/ Funkadelic as a guitar-driven funk sound. Regardless, the same core people were in both bands and both acts did shows together. They became known for elaborate shows, particularly on their Mothership Connection tour.

Reggae music in Jamaica rose primarily from weak radio signals the population was able to pick up from New Orleans stations. At the end of the 50s, musicians began trying to imitate the sound and ended up with the roots of reggae beats. The rise of reggae beyond its Jamaican roots can be attributed to two main sources. First is the film The Harder They Come featuring Jimmy Cliff as well as Toots & The Maytals on the soundtrack- it was a cult hit in the U.S. The second was Eric Clapton- while recording 461 Ocean Boulevard in Miami in 1974, got his hands on a copy of a Jamaican record from a band called The Wailers- Burnin’. Loved it and covered “I Shot The Sheriff,” effectively bridging the gap for Bob Marley’s consequent prominence.

Disco was controversial in its commitment to the dance beat as opposed to the musical ambition and aesthetic- as a consequence, white rock took much offense. In its earliest days, many bands refused to play at clubs in the gay community so clubs needed to play dance records. Studios started cutting specific records for dancing. Saturday Night Fever in 1977 separately brought disco to the forefront of the music industry. Return of the producer as important. Key pioneers here are The Bee Gees, Donna Summer, and The Village People (who were assembled by producer Jacque Morali as a front line-up poking fun at gay Greenwich Village stereotypes. This went completely over the heads of not only the white middle class but also the U.S. Navy who attempted to commission the song “In The Navy” as an official theme but cancelled this plan upon realizing their error.)

The backlash against disco was best epitomized by The Anti-Disco Rally headed up by DJ Steve Dahl in Chicago in 1979. Supposed to be a small event between a White Sox-Tigers doubleheader in which fans broke records on the field- turned into a riot, spurred the launch of “Disco Sucks” t-shirts, second game cancelled. Regardless of where the hatred of disco by other members of the music community emerged, rock as a whole as definitively under attack from an identity perspective by the end of the 70s.

The day I was born, Michael Jackson's Thriller album was at the top of the Billboard 200. I've been trying my best to live up to that expectation ever since.
View all posts by g-mo →
This entry was posted in Music, Music Tournament and tagged 70s motown, disco, funk, Living the Dream, Most Influential Rock Song, Music Tournament, reggae, soul train. Bookmark the permalink.