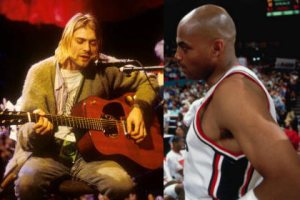 The Greatest Radio Song/Greatest Opening Track Tourney got off to a great start, with four convincing wins.

Today’s match-ups have something for everyone- hip-hop, classic rock, even hair metal.  We’ve got a Nirvana classic on what would have been Kurt’s 46th birthday and the first song ever played on MTV, signalling the end of the Radio Era.

For newcomers, full rules and philosophy here, and the tournament bracket is here.  Listen to all the songs here and vote by Friday at midnight (EST).

Spirit of the Radio (Rush) vs. Turn Up The Radio (Autograph)