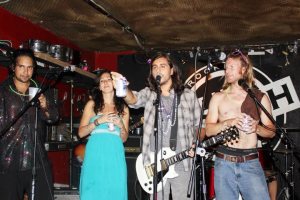 The party was getting pretty wild by the “Roxanne” drinking game.

Two more Disposable Heroes videos are ready for viewing.  In our third concert video you can watch the Heroes perform “Come On Bessy Give” and “Santeria”.  In our fourth video some special guests join us for “Sex All The Time”, followed by the “Roxanne” drinking game.  The latter doesn’t lend itself well to video, but  rest assured, it was pretty fun.  You can watch part 1 and part 2 here. 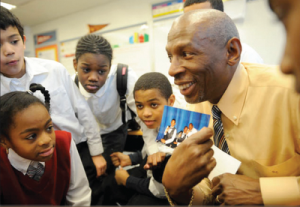 The New York Times Magazine just published a fascinating piece on urban poverty set against the backdrop of President Obama’s career.  Obama early days as community organizer in the South Side of Chicago provide the setting for much of Dreams of My Father.  In the book Obama rationalizes leaving his  position for Harvard Law School by claiming that he can achieve more for the South Side community by attaining political power.   ‘The time has come,’ suggests the article.  ‘How is Roseland holding up?’   Not so well, it turns out.

The author, Paul Tough, is familiar with novel approaches to remedying urban poverty, having written a book about Geoffrey Canada’s Harlem Children’s Zone.   Obama was supposed to emulate Canada’s approach in dozens of cities across the U.S. as president. It was such an important part of his platform that I had enough material to write a term paper about it for my Poverty Law class.    Turns out the plan ran into some budget constraints when Obama took office, and his urban poverty program has never fully taken off, leaving places like Roseland in the same gutter they’ve been in since Obama’s community organizing days.

Not all of this is President Obama’s fault.  The collapsing economy when he took office did not lend itself to grandiose urban poverty projects, which have lacked significant political support since the end of the Johnson administration.   Tough outlines many of the ways the Obama administration has done more to fight urban poverty than any president since LBJ, another career pragmatist who predicated his career on being able to actually do good once he reached the top.   Still, whether or not Obama wins a second term, he’ll eventually have to confront the 26 year-old who left those streets and promised that one day he’d be back. 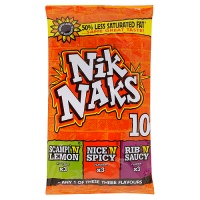 If anyone is in the market for clothes or assorted knick-knacks, I am giving away plenty of stuff between now and Sunday night.  Feel free to drop by tomorrow night, Saturday or Sunday.

Likewise, if you haven’t picked up your Marathon Day 5 shirt yet, please do so by the end of the weekend.

In Peoples’ Choice Tournament related news, I’ve been holding a personal tournament to determine which four songs I’ll be nominating.  “Australia” by the Shins and “Someone Great” by LCD Soundsystem have the lead with two days of matches left, followed by a bevy of songs from familiar favorites like Bruce, Arcade Fire and Beach Boys.  Will likely ditch some of those in favor of newer artists I usually don’t include in our music tournaments. 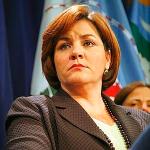 A new poll showed City Council Speaker Christine Quinn with a commanding lead in the 2013 New York City mayoral primary.   Polls were rendered pretty meaningless during the 2005 and 2009 election cycles, so I wouldn’t put too much stock into these either.  Quinn is at 29%, with Bill de Blasio, John Liu and Bill Thompson all around 10%, and Scott Stringer at 4%.   Of note is that for a poll based mostly on name recognition, Thompson is not looking good.  He was the weak sauce standard-bearer last time, and I’ve said all along that his vote totals in 2009 were almost entirely anti-Bloomberg rather than pro-Thompson .   This race will start heating up once the dust settles on the 2012 presidential election, and I’ll be there to cover it extensively.