Marathon Day 5 went down about a month ago, and it was a wild success.  We had a record number of participants and a record number of finishers (17!).  We were joined for most of the day by a couple from New Zealand who found out about Marathon Day while waiting for the Staten Island Ferry.   One first-time participant was photographer Emma Levy.   She took some truly stellar photos, a few of which I’ve attached below.  Enjoy!

Hanging out at the New Bay in Staten Island 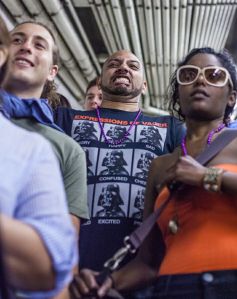 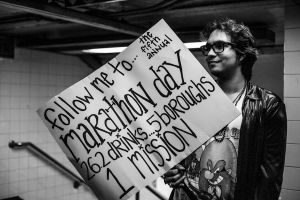 Relaxing on a subway pillar. Subways are solace.

Gmo finding time for some Buckhunter between drinks. 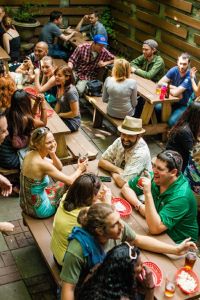 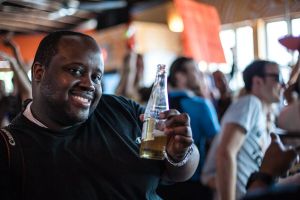 Ralph enjoys a cool one in Staten Island

Buy the ticket, take the ride 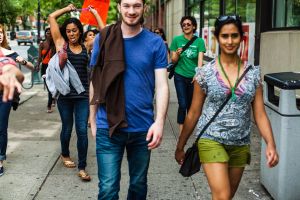 The troops march down Atlantic Avenue in Brooklyn.

Guillermo celebrates the essence of MD5

Janos Marton is a lawyer, advocate and writer.
View all posts by Janos Marton →
This entry was posted in Adventures, Marathon Day and tagged Emma Levy, Marathon Day. Bookmark the permalink.