“Must Be The Money” Series Launch 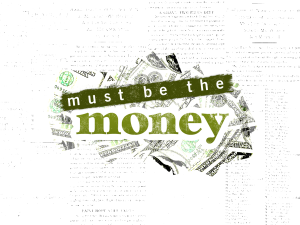 “You follow drugs, you get drug addicts and drug dealers. But you start to follow the money, and you don’t know where the fuck it’s gonna take you. ”

New York City may have some of the best campaign finance laws in the country, but running for office still ain’t free.  In this series, we’ll take a look at who’s stocking the war-chests of our local political candidates, particularly the group running to replace Mayor Bloomberg in 2013.

Unlike my past writing, which often leans on amusing tales from the trenches or succumbs to emotional ravings, this series will focus on the facts.  Who are these money-men (and money-women) lurking in the shadows with wads of cash?  What could they expect in return for their investments?  Answering these questions alone may prove interesting enough.

We’re going to meet a lot of characters along the way, but let’s start with the four (essentially) declared candidates for Mayor:

Most journalistic coverage of fundraising numbers stops right here, on the water’s edge.  Get ready to dive in.

*At this stage of the game, candidates are only required to file twice a year- in January and July.  Next year, campaign disclosures will be required with increasing frequency.   Thus, all numbers cited here are current through January 17, 2012, and do not reflect figures from the latest event you got invited to on Facebook.

For regular LTDers outside of the New York City area, I apologize for localizing a topic that already bores so many, but hopefully someone will pick up the mantle in cities and states across the country.  In a post-Citizens United landscape, contribution disclosures are one of the only tools campaign finance reform advocates have to work with, and they’re only useful if we get down and dirty.

2 Responses to “Must Be The Money” Series Launch