Last Band Standing: Down to the Wire Action 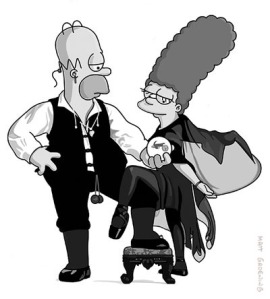 Some real nail-biters tonight.  Check out the scores below.  Also, we’re putting another call for coaches.   In case folks are wondering what the endgame is here, I’d like to run about five waves of artists through the system before calling it quits for Last Band Standing.  That leaves plenty of slots for new folks, or even people who get eliminated in these first few weeks.

On to our current match-ups.  For Game 2 of the Semi-finals and Game 3 of the Undercard, listen here and vote by commenting before midnight on Saturday.

I Fought The Law (Clash) edged out Prove It All Night (Bruce Springsteen), 84.5-76.5.   The Clash take a 1-0 series lead, but used up a big gun in the process.  Now Gmo trots out one of his big guns for Game 2, and Cristina ducks for cover.

Oh! You Pretty Things (David Bowie) takes out Communication Breakdown (Led Zeppelin),  74.1-64.4, and leads the series 1-0.   Adrock is yet to use a top tier Led Zeppelin song, but seems ready to start rolling them out.

Mother and Child Reunion (Paul Simon) hangs on for a 63.85-61.5 win against Seven Wonders (Fleetwood Mac), and now leads the series 2-0.   No disrespect to the other songs being offered today, but look below for the biggest slugfest of the evening, in my opinion.  Both these gents came ready to rumble for Game 3.

Hey Love (Stevie Wonder) survives a tight one against Best of You (acoustic) (Foo Fighters), 72.5-70.2, and takes a 2-0 series lead.  Astrid has a couple of big hits up her sleeve, but it doesn’t look like she’s using one for Game 3.

Diamonds on the Soles of Her Shoes (Paul Simon) vs. Go Your Own Way (Fleetwood Mac)

For Once In My Life (Stevie Wonder) vs. Walk (Foo Fighters)

16 Responses to Last Band Standing: Down to the Wire Action