Perhaps an egregious oversight on our part, but I thought it might be fun to revisit the Sweet Sixteen from the Covers Tournament and look at how that playlist compared to the originals. As you all remember, we invited the larger audience of viewers to submit nominations for the best cover of all time and after a fierce few months of match-ups and voting, “With A Little  Help From My Friends” came out on top. How do those songs compare to their originals? This isn’t a new tournament or anything (we’re

brainstorming ideas for that still, look for an announcement in the coming months,) but I thought it’d be fun to provide a playlist of our Sweet Sixteen pool. Here’s a version with just the originals, and here’s a version with the originals followed by the covers that competed in the tournament. Except for some exceptions where I couldn’t find the actual song but found a close version. And except for the Beatles, who hate Grooveshark. As a bonus, instead of the covers I also included a Band/Staples duet of “The Weight” as well as a Lily Allen/Mick Jones duet for “Straight To Hell.” Song list below if you can’t remember- enjoy! 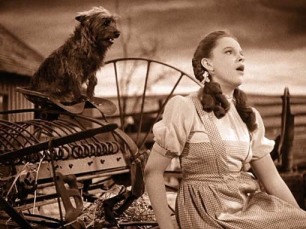 The day I was born, Michael Jackson's Thriller album was at the top of the Billboard 200. I've been trying my best to live up to that expectation ever since.
View all posts by g-mo →
This entry was posted in Music, Music Tournament, Uncategorized and tagged Covers Tournament, Living the Dream, Originals. Bookmark the permalink.