Posted on October 22, 2011 by maureenmcollins

I have a few friends staying with me this weekend, so I am a little behind schedule in getting the results post up. Sorry! Votes came in from 21 people for Day 14 and we had some close matches, some blow outs, and a few super low averages. We’re almost to the end of Round of 128 – so let’s see the scores! 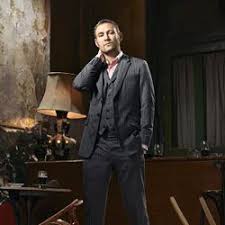 David Gray is feeling good about his win! (or would if he knew about it...)

The second match up has the lowest scoring song of the round. People were not feeling Chris Cornell’s cover of Billie Jean.  Taco’s “Putting on the Ritz” wins 67.3 to 134.1, averaging a respectable 6.39. 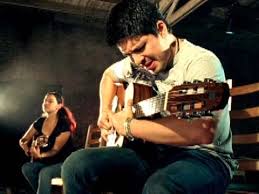 These guys are ready to take on the next round!!

Next up was a pretty tight match-up, going back and forth all day. Rodrigo y Gabriela continue building their tournament momentum, with “One/Take Five” getting an average of 7.19, highest average of this set of songs. They defeated Chris Thile’s version of “Dead Leaves and the Dirty Ground.” Scores: 151.2 to 111.2

Finally, we had a the closest match-up of the night between Ace Frehley and Harvey Danger. Harvey pulls out the win here, averaging 6.61, with “Save it for Later” defeating “New York Groove.”  Scores: 123 to 138.8.