Covers Tournament: Round of 128, Day 10 Results

Posted on October 15, 2011 by maureenmcollins

Not a huge turnout for this round, but we have got some winners that are ready to move on to the next round.  We had a pretty close call in almost every match up – a good reminder to get your friends to vote along with you!

So ready to take it to the next round! 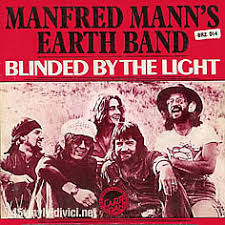 In our next set, Baba O’Riley was defeated by Blinded by the Light, by Manfred Mann’s Earth Band.  Despite some comments that some voters were just realizing that this was, in fact, a cover, it was able to pull up a respectable 6.79 average over the 5.23 average for Midnight Spin.

Erasure’s Take a Chance on Me defeated I Want a New Drug, with averages of 5.23 and 5.03.  Will their mid-song reggae breakdown will over voters in the next round??

Finally, in the highest scoring match up of this round, Willie Nelson is able to take down The King.  Willie’s version of Graceland, with an average of 6.86, just barely overtook Elvis’ Sweet Caroline average of 6.68.

And that’s all, folks!

This entry was posted in Music, Music Tournament and tagged Covers Tournament, Living the Dream, Round of 128. Bookmark the permalink.

1 Response to Covers Tournament: Round of 128, Day 10 Results