I heard you guys liked ukeleles. I have one of those.

Votes due by Thursday, October 13th at 11 pm EST: After we finish these matches we will be 50% of the way through the round- and 25% of the way through the whole tournament (hooray math!) I don’t have an overarching theme on these matches, but as always, we try to make them compelling. And we’re trying not to make powerhouses play each other early (for reference, our highest scoring first round loser to date was “Romeo And Juliet,” which averaged 6.56 and would have been good for 9th out of the winners so far, so I think we’ve been doing ok.) It’s getting tricky, but we’ve still got some great ones left to listen to. Grooveshark link is here– let’s get going with the descriptions:

To get us started, two funky numbers match off- one more of an interpretation than the other, but I like both of their chances. Pomplamoose’s version of Earth, Wind, and Fire’s “September” squares up against KC Brooks and the Uptown Sound’s take on Wilco’s “I Am Trying To Break Your Heart,” a past tournament participant. That sounds a lot like one of Jack Black’s band names in High Fidelity, yes? Somewhere between Sonic Death Monkey and Kathleen Turner Overdrive? Do I know that movie too well? 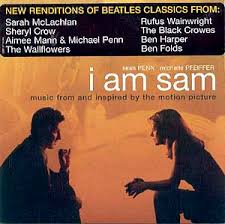 Moving on, we’ll have the two remaining I Am Sam soundtrack reps face off (three tracks from that movie are involved, which puts it in high competition with The Big Chill for greatest movie soundtrack tournament representation. And it would have been four if I’d pulled the trigger on the Sarah McLachlan “Blackbird.”) Eddie Vedder barely has time to breathe after his play-off victory, because “Hide Your Love Away” is going up against The Wallflowers’ “I’m Looking Through You.”

Louis Armstrong has been historically strong, but let’s see what sort of Armstrong cover goes on- the traditional or the Hawaiian. Israel Kamakawiwo’ole’s “Somewhere Over The Rainbow/What A Wonderful World” harmony versus Billie Holiday’s “Blue Moon.”

Just let me know when I'm up. I'm going to stay at this crazy party until then.

Love me, love me, say that you love me. No, not that song- 90s Swedish  band The Cardigans goes a little grittier than their R+J hit with a take on Black Sabbath’s “Iron Man.” They go up against Russian native and now East Village-repping Regina Spektor singing Leonard Cohen singing about Janis Joplin in “Chelsea Hotel #2.”

“Iron Man” by The Cardigans
“Chelsea Hotel #2” by Regina Spektor

The day I was born, Michael Jackson's Thriller album was at the top of the Billboard 200. I've been trying my best to live up to that expectation ever since.
View all posts by g-mo →
This entry was posted in Music, Music Tournament and tagged Covers Tournament, Living the Dream, Round of 128. Bookmark the permalink.