Covers Tournament: Round of 128, day 2 results

Well, apparently voters have finally found some songs they kind of like. This round included the first two entries in the tournament to average higher than 7. Amy Winehouse’s interpretation of Will You Still Love Me Tomorrow and Joey Ramone’s swan song rendition of Wonderful World both won over voters and earned very solid and respectable scores (Dock of the Bay also came pretty close to the seven mark, making it the third highest scoring song of the tournament so far). In addition, Wonderful World becomes the first Covers Tournament song to make it to the Wall of Tens (both Janos and Astrid gave it the nod). On the other end of the spectrum, Slightly Stoopid’s version of Leaving on a Jet Plane set a new mark for the lowest average, with a lot of voters reacting unfavorably to the reggae-zation of the Peter, Paul and Mary classic. 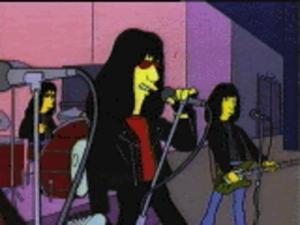 Here are the results:

And with the biggest blow out of the tournament to date, Wonderful World laps Leaving On a Jet Plane 160.9 to 77.2.

If Joey and Amy continue to impress voters the way they did over the last two days, the round of 32 could present a very interesting contest. Stay tuned….

3 Responses to Covers Tournament: Round of 128, day 2 results