Round of 64: Division I/J Semi-Final Results

No surprises here.  All expected seeds won their respective match ups.  All of the scores were basically in the same range too, which was a little weird.  Onto the scores!

Ray LaMontagne remains to be the best thing.  You Are The Best Thing (Ray LaMontagne) defeats White Knuckles (OK Go) 179.05 to 159.3 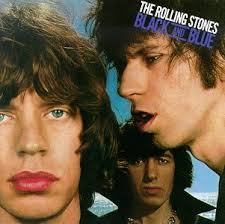 The Rolling Stones finally got grounded.  Midnight Train To Georgia (Gladys Knight And The Pips) defeats Get Off Of My Cloud (Rolling Stones, The) 179.85 to 166.3

Smokey Robinson still has a hold on the PCT.  You’ve Really Got A Hold On Me (Smokey Robinson & The Miracles) defeats Home Sweet Home (Motley Crue) 177 to 152.9

A Boston-born nerd, currently enjoying his last summer of freedom in Chicago.
View all posts by Danno →
This entry was posted in Music, Music Tournament and tagged Living the Dream, Peoples Choice. Bookmark the permalink.