Votes due by Sunday, July 3nd at 8 pm EST.  New voters, click here to understand what it is we do here.

Today is a very special day…Mama Danno’s birthday.  She will never in a million years see this (I only just got her using email 6 months ago), but HAPPY BIRTHDAY MOM!  Anywho, I hope everyone is ready for an action-packed set of match-ups.  We’ve got battling robots vs TV sensations, light vs dark, and love-makin’ vs heart-breakin’.  FIGHT!

Get your groove on here! (Except Adele, which you can listen to on youtube)

#2 Yoshimi Battles The Pink Robots Part 1 (Flaming Lips, The) vs. #15 Since U Been Gone (Kelly Clarkson)  The first winner of American Idol in 2002 has since gone on to make 5 studio albums, selling more than 10 million copies.  In 2002, the Flaming Lips were labeled one of 50 bands to see before you die…but can they survive the PCT?

#7 Sunny Afternoon (Kinks, The) vs. #10 Under The Cover Of Darkness (Strokes, The)  This marks the 3rd LTD appearance for each of these bands, and it seems like these two songs were destined for a showdown.  Day vs night.  Old vs new.  Light vs dark.  Keep the gloves above the belt gentlemen. 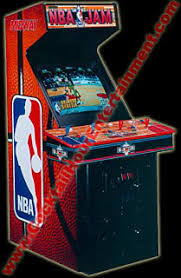 #3 Ready To Start (Arcade Fire) vs. #14 Higher and Higher (Jackie Wilson) Arcade Fire knows its way around these parts.  Ready to Start is their 6th appearance here at Living the Dream and their 2nd appearance in the PCT.   Ready to start indeed.  Mr. Excitement himself, Jackie Wilson, makes his Living the Dream debut tonight with Higher and Higher.  Arcade Fire may have a shiny new Grammy on their mantel, but Jackie has been inducted into the Grammy Hall of Fame…TWICE.

#6 Make You Feel My Love (Adele) vs. #11 I Am Trying To Break Your Heart (Wilco) Adele follows up her Division K win with a Bob Dylan cover.  She squares off against Wilco, who have been labeled by some critics as “the American Radiohead.”

For your cutting and pasting pleasure:

#2 Yoshimi Battles The Pink Robots Part 1 (Flaming Lips, The)
#15 Since U Been Gone (Kelly Clarkson)

#7 Sunny Afternoon (Kinks, The)
#10 Under The Cover Of Darkness (Strokes, The)