Round of 256: Division K, Left Side Results 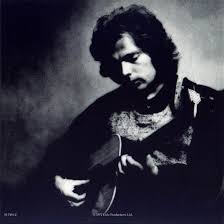 This set of match-ups was pretty evenly…matched.  All four of them went back and forth between the contenders over the last two days, but in the end someone has to win.

Leonard Cohen says so long to this division and the entire tournament.  Warm Love (Van Morrison) defeats So Long, Marianne (Leonard Cohen) 171.8 to 157.4

This matchup resulted in the largest margin of only 19.7 points.  Fairytale had some early love from day 1 voters, but day 2 voters didn’t agree. Here Comes My Baby (Mavericks, The) defeats Fairytale (Sara Bareilles) 167.7 to 148

Grateful Dead hang in there for one more round (I swear I’ll stop posting cat pictures after tonight).  China Cat Sunflower (Grateful Dead) defeats Friggin’ In The Riggin’ (Sex Pistols, The) 139.7 to 123.1

Alison Krausse, Leonard Cohen, Sara Bareilles and the Sex Pistols are all eliminated from the tournament.

A Boston-born nerd, currently enjoying his last summer of freedom in Chicago.
View all posts by Danno →
This entry was posted in Music Tournament and tagged Living the Dream, Music Tournament, Round of 256. Bookmark the permalink.