Round of 256: Division H, Left Side Results 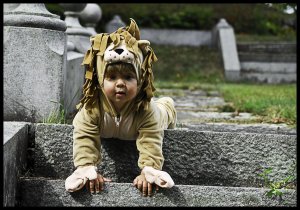 Mumford & Sons went big this round.  With an average of 7.96 (which I believe is the 2nd highest score of the tourney thus far, just behind “Home”), #1 Little Lion Man (Mumford and Sons) defeats #16 The Funeral (Band of Horses) 238.9 to 200.6.  A truly solid showing by both songs.  I don’t have the stats to back me up, but I think this matchup may have generated more ties than any other pairing so far.

Despite strong defenses of both contenders, STP easily handles the Pharcyde: #8 Interstate Love Song (Stone Temple Pilots) defeats #9 Passing Me By (Pharcyde, The) 204.5 to 150.5.

And finally, I’m pleased to present the most hated song of the tournament.  With a whopping 2.9 average (and yes, that’s with the 0 votes being changed to 1’s), Cribcaged sets a new record.  I almost want another song to get a lower score just to see what could possibly do worse… but I think that would only happen if someone nominated a song that literally makes one’s ears bleed.  #5 Bang! (The Raveonettes) defeats #12 Cribcaged (Pain of Salvation) 184.8 to 89.8.  Bang had the 3rd lowest average in this round, so it’ll be interesting to see how it does going forward.

Three songs make the Wall of 10s: Little Lion Man (thanks to Sarita, Meghan, and Chris Roomba), The Funeral (thanks to Bergie19 and Bessaface), and Interstate Love Song (thanks to Wiggs and BDay).  Cribcaged makes the Wall of 0s.

I think this may actually be the first round in which all the higher seeds proceed.

Band of Horses, the Pharcyde, Willie Nelson, and Pains of Salvation all exit the tournament.

2 Responses to Round of 256: Division H, Left Side Results