Divisions I and J Semi-Final Results

OK- we’re back online, and I have the working draft I started back. What I meant to say in this results post was the following…I hope everyone’s getting geared up for the weekend and to start off the ruckus we’ve got some pretty stunning scores. I keep saying it and I’ll keep repeating it- we are seeing a whole bunch of songs that started strong simply not having the staying power to endure. Remember, to win this whole thing our eventual champion will have to best ten songs in a row…in that vein, we’re seeing stumbling at Mile 4 left and right. And now the results:

Division I Championship: #4 A Day In The Life (The Beatles) vs. #6 Free Fallin’ (Tom Petty) 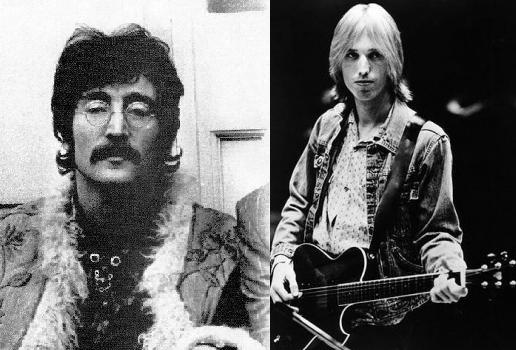 In a series of shocking upsets, the 1 AND 2 seeds of Division I are upended. On the Tangled Up In Blue side, I’m now a little happier for impressing Johanna and Lily on the voting populace in my vote, but simultaneously sad to see Bobby go. This is a pretty momentous defeat and elimination- right on the heels of “Like A Rollin’ Stone”‘s loss to CCR, Dylan’s ballad of mathematicians, carpenter’s wives, strippers, revolutionaries, fishermen, and everything else in that song simply can’t pull through against the seminal final track of Sergeant Pepper’s Lonely Hearts Club Band. “Tangled Up In Blue” gets too tangled in its own story, and falls, 120.5-112.9. “A Day In The Life” will go on the Wall of 10’s on nods from Danno and Jacob.

Second, I’m not sure if everyone saw Grant’s description of “Grapevine,” but it was pretty on point. The Gaye-Petty match was by far the closest, with the two artists trading lay-ups for 48 hours straight. On that one it really was going to come down to the last vote, and Ogden and Astrid teamed up to swing the pendulum back toward the Heartbreaker himself (ok, so maybe that moniker doesn’t work, “Free Fallin'” was off Petty’s first solo album) and Petty takes it by a hair, 120.1-119. Regardless, the loss leaves the future of soul in the hands of Otis Redding (who else, really) who is still battling Van Morrison in Division L. Good-bye, last surviving song off The Big Chill soundtrack…I spoke too soon in January.

Division J Championship: #6 Twist And Shout (The Beatles) vs. #9 Train In Vain (The Clash)

In the Clash vs. Clash battle, I couldn’t really decide who should win. On one hand, “Rock The Casbah” is really fun in all settings. On the other hand, “Train In Vain” is the secret song from London Calling, and if any Clash album should be represented going forward, it should probably be London Calling. The amount of Mick and Joe appreciation among the voter base seems pretty solid, and I look forward to hearing Nos’s TIV story he alluded to in the Round of 32. Casbah gets rocked by a Train not so much in vain, 117.95-112. In defeat, Astrid and Ogden give it a spot on the Wall.

Attention: The Beates are 4-0 in the Round of 64 with two to go. With songs from basically every part of their career. That’s pretty f-ing impressive, but I have to say, as a non-Beatles guy, who can’t love Twist and Shout? When they originally recorded TaS, they made sure it was the last track and did it in one take because the producer knew the recording was going to absolutely destroy John Lennon’s voice. Good thinking, George Martin. The fall of “America (Cathy’s Song)” is a bit rough, and I’m sure Natalie has some thoughts on this. But “Twist And Shout” is looking like a legit contender- it takes the high score of the day, decimates “America,” 149-110.3, and falls in line behind “Hallelujah” and “Bohemian Rhapsody” for the 3rd highest score average of the Round. It also gets the Wall of 10’s nod from Astrid, Dinah, and Jacob.

The day I was born, Michael Jackson's Thriller album was at the top of the Billboard 200. I've been trying my best to live up to that expectation ever since.
View all posts by g-mo →
This entry was posted in Music Tournament and tagged Bob Dylan, Marvin Gaye, Round of 64. Bookmark the permalink.

1 Response to Divisions I and J Semi-Final Results