Round of 128, Division B Results 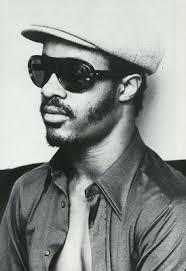 Not just a little superstitious…VERY superstitious. The Zeppelin should have invested in some voodoo dolls and rabbit’s feet- maybe a lesson for next time, because the funkmaster himself and the champion of the first Hands On Gulf Coast music tournament in history refuses to die without a fight. Superstition topples 1 seed When The Levee Breaks, 127.45-112.1and pushes into the Round of 64 without losing a step.

The largest margin of victory goes to the Kinks and “All Day and All of the Night, easily topping the Bee Gees’ Saturday night fever anthem “Stayin’ Alive,” _”117.45-100.

4 seeds vs 5 seeds aren’t really upsets per se, but regardless the nostalgia for Hey Jude ended up too much for Cat Stevens. We’ll be hearing more la, la la, la la la, la’s soon enough, as this tune eliminates Wild World, 129.6-116.1, and claims top score.

The Radiohead-Hendrix match-up seemed to be the most polarizing, with a handful of 4+ differentials going both ways depending on the voter. However, in the end the balance swung away from the Experience and toward Pablo Honey. Creep defeats Purple Haze, 121.1-106.2 and advances as well.

Eliminated from the tournament: Cat Stevens and the Bee Gees. Disco lovers, don’t fret yet- your genre’s last survivor is likely also your strongest. Hope you caught the pun, as we’ll see Gloria Gaynor later on. As for Yusuf, I’d say Wild World is a perfectly good song to be sandwiched somewhere between 65th and 128th on our list- see you next time.

The day I was born, Michael Jackson's Thriller album was at the top of the Billboard 200. I've been trying my best to live up to that expectation ever since.
View all posts by g-mo →
This entry was posted in Music Tournament and tagged Bee Gees, Cat Stevens, Round of 128. Bookmark the permalink.