Bloomberg’s New Smoking Ban Is Wrong For Many Reasons 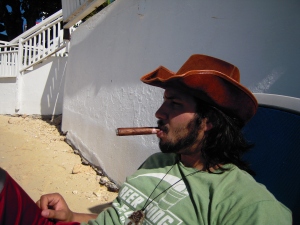 Mayor Bloomberg and Speaker Quinn’s support for legislation expanding the Smoke-Free Air Act to include public parks, beaches and pedestrian plazas is not rooted in the sound policy necessary to justify a broad intrusion into the personal lives of law-abiding citizens. They have cited the effects of second-hand smoke and littering as justifications for the legislation, while denying the at least incidental consequence of revenue generated by ticketing. A cursory analysis of these justifications will find the legislation wanting when balanced against the interests of New York’s still significant smoking population.

The ban on smoking indoors in restaurants and bars under the original Smoke-Free Air Act was supported by strong scientific data and the intuitive sense of any customer who had been seated in a restaurant that purported to separate smokers and non-smokers. Despite Mayor Bloomberg’s claim to the contrary, New York’s vast parkland, beaches and plazas are not subject to same hazards of second-hand smoke as small, enclosed areas. It stretches the imagination to see how individual smokers on the lawns of Prospect Park or the windy boardwalks of Coney Island could pose such a significant health threat. The existing prohibition on smoking in playgrounds logically takes into account the effect of second-hand smoke. The administration should seek a more rational middle ground, such as creating smoke-free zones within beaches or parks. As City Council hearings commence, the burden is on the supporters of the legislation to present data on the consequences of exposure to second-hand smoke in large outdoor areas.

The least persuasive justification for the proposed legislation is the need to combat littering. There is no question that the littering of cigarette butts is a major problem through out the City, particularly on crowded public beaches, where they are immersed in the otherwise pleasant sand. However, New York City Administrative Code, Section 16-118, already regulates littering quite punitively. The fine for littering of any kind is a summons for no less than $50 up to $250, with significant escalations for second ($350) and third ($450) offenses within a 12-month period. Smokers who toss their butts are hardly sneaky in their dispensing- they act with impunity because they know that littering laws are not enforced. Butts are rampant on beaches like Coney Island, but more trash containers and stronger ticketing could more narrowly address that problem.

The third justification for the proposed legislation, denied vehemently by both the Mayor and the Speaker, is the additional revenue it would generate for a cash-strapped city that has already targeted traffic and quality of life offenses for greater enforcement. As noted in the previous paragraph, the legal tools for a crackdown on littering are already available to the police department should they prioritize such violations. The first individuals to be ticketed under the new legislation will certainly feel arbitrarily targeted when they receive a $100 ticket from an undercover officer, as the police lack the resources to enforce this policy uniformly across the city.

In addition to the shortcomings of this legislation’s purported justifications, there remain additional social policy concerns with such an over-broad law. The city is rife with both public annoyances and social vices, but living in New York and embracing its open culture requires both accommodation and compromise. Smokers would argue that $11-13 packs due to cigarette taxes passed largely in the past decade and bans in restaurants, bars and the workplace constitute a sufficient stigmatization of their behavior, while deeper causes of air pollution and health issues (from car exhaust, for example) have not been sufficiently addressed. Additionally, while smoking is a vice, it is a legal one, and smokers are well informed about the risks they take. Many current smokers are trying to quit, and the number of smokers in New York has been declining for years. Many who still smoke wrestle with addiction and/or work in high-stress environments. There is no need to levy an additional burden on this class of people (except, of course, to properly fine them for littering).

The enforcement of this legislation would confuse both residents and tourists. Residents (and perhaps police) need clarity as to whether the law affects sidewalks abutting or on the periphery of parks. Tourists may be astonished to find themselves slapped with fines, particularly in the forms of summonses, for lighting up in Times Square. In fact, the pedestrian plaza component to this legislation is perhaps most puzzling, as those “relaxing” in Times Square or Herald Square hardly have the expectation of serenity and clean air that they might on a beach, and are likely to create pedestrian congestion when they step on to the already crowded midtown sidewalks to smoke. At the time of this writing, it is not even clear what constitutes a pedestrian plaza under the proposed legislation, but should it include the plazas adjacent to many large midtown office buildings, a whole constituency of smokers will find their respite location stripped away.

Despite the concerns cited above, a law like this one cannot be enforced properly, given the resources and priority of the police department. Legislation that cannot fairly achieve its intended purposes only undermines the role of government. Even the bill’s lead sponsor, CM Gail Brewer, has said this legislation is intended for fellow citizens to enforce on each other without significant police involvement, which seems naive. Furthermore, the legal system, indeed, the democratic system, is at its strongest when it advances justice rather than invasive intrusions into peoples’ lives. For a Mayor who has widely been seen as operating without democratic constraints to impose such significant restrictions on a legal activity, however well intentioned, will engender significant resistance, especially given his increasing reputation for pushing health laws (trans fats, salt) that legislate personal choices. Smoking is on the way out, and will only be strengthened by being labeled a rebellious activity by an opportunistic politician.